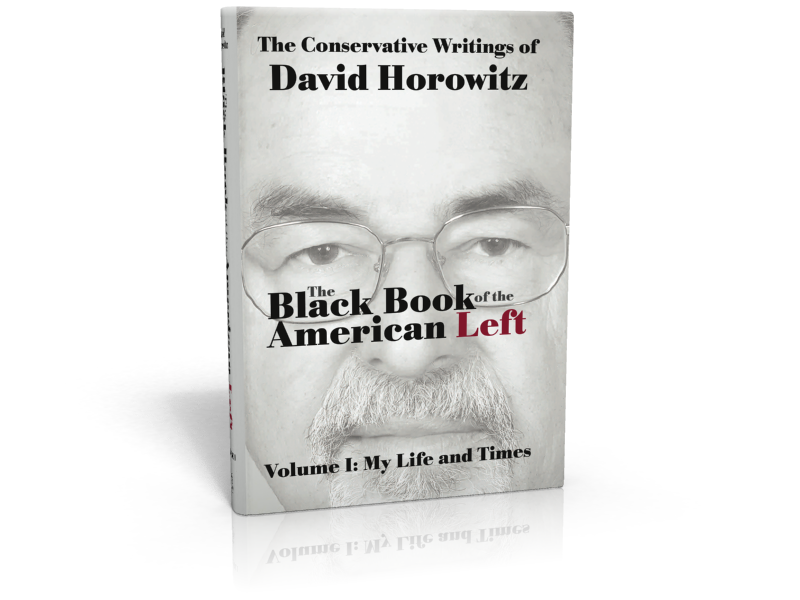 The Black Book of the American Left_ The Collected Conservative Writings of David Horowitz (edit) from DHFC on Vimeo.

David Horowitz talks about Volume I: My Life & Times at Heritage.  Published on November 13, 2013.

The essays included in this, the first of nine volumes on the American left—a tenth will feature a comprehensive bibliography and index—are shaped by a biographical perspective, drawn directly from my life-experiences in that left. They contain reflections first on the political path my life took, and then on the course pursued by others who shared that path but did not have second thoughts that prompted them to leave it.

Because the left is a religious movement that engages an individual identity at the deepest levels, there can never be a separation between the personal and the political. Members of the faith know very well the implications of doubt: to leave the progressive faith is to invite expulsion from its utopia and the fellowship of its community, and forever after to be shunned as a person morally unfit for decent company. This is a daunting prospect that discourages challenges to its orthodoxy and keeps its adherents in line. This reality makes the narrative of one who departed its ranks not only a deeply personal document but also a political text.

Read More from the Introduction to Volume I 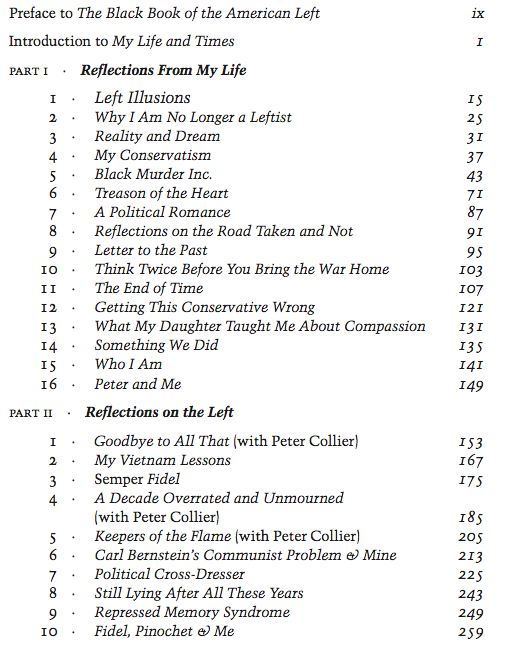 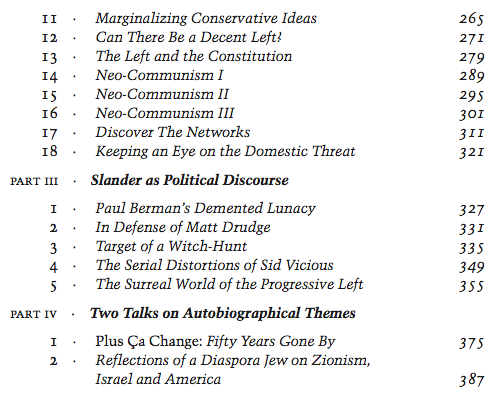 “David Horowitz, a writer of beautiful and accessible prose, knows the Left inside and out—literally. As a red- diaper baby, he saw Communism up close. As a second- thoughts conservative, he stepped back to see the big picture emerge from the small dots. Who better to author a set of volumes called The Black Book of the American Left?”

—Daniel J. Flynn, author of A Conservative History of the American Left

“David Horowitz is an enormously important thinker among American conservatives.”

“David Horowitz is so powerful a polemicist that it is often forgotten how beautifully he writes. For the same reason, the deeply considered philosophical perspective and the wide-ranging erudition underlying his political passions are just as often overlooked. Horowitz is hated by the left because he is not only an apostate but has been even more relentless and aggressive in attacking his former political allies than some of us who preceded him in what I once called ‘breaking ranks’ with that world. He has also taken the polemical and organizational techniques he learned in his days on the left, and figured out how to use them against the left, whose vulnerabilities he knows in his bones. (That he is such a good writer and speaker doesn’t hurt, either.) In fact, he has done so much, and in so many different ways, that one might be justified in suspecting that ‘David Horowitz’ is actually more than one person.”

“David Horowitz is one of America’s deepest thinkers about the Left.”

“David Horowitz is one of the most riveting, and truly fearless political writers in America. Few people lived the left and understand the left quite like David Horowitz. I consider it a true blessing that he remains with us to tell these tales and to warn us. We ignore David Horowitz’s message at our great peril as a culture and country.”

Why I Am No Longer a Leftist

My life as a leftist began with a May Day Parade in 1948, when I was nine years old, and lasted for more than twenty-five years until December 1974, when a murder committed by my political comrades brought my radical career to an end. My parents had joined the Communist Party along with many other idealistic Americans in the 1930’s, before I was born. Just as today’s leftists believe that the seeds of justice have been planted by the Marxist Sandinistas in Nicaragua, my parents and their radical friends saw them blooming in Soviet Russia, which many of them visited during Stalin’s purges. Not even the testimony of a Bolshevik legend like the exiled Trotsky could persuade them that they were deceived about the “new society” they thought they saw under construction in the socialist state. Confident that their own ideals were pure, my parents and their political friends dismissed Trotsky and others whose experience had caused them to know better, smearing them as “counter-revolutionaries,” “anti-Soviets” and “renegades.”

— Read More of this excerpt from vol I —